Seen as a state-of-the-art transportation solution following its construction in the 1950s, the double-deck viaduct along Seattle’s waterfront was damaged in the 2001 Nisqually Earthquake. Removal of the structure became a safety priority for WSDOT, while also offering an opportunity to reconnect the Seattle waterfront to the rest of the city. WSDOT set out to build a two-mile tunnel beneath Seattle, along with other improvements, to replace the viaduct.

With technological breakthroughs (as well as breakdowns) along the way, EnviroIssues has helped WSDOT and WSP USA, the general engineering consultant on the program, navigate one of the most scrutinized public construction efforts in Washington state history. In the early years of the program, we waded through 90 replacement options, two public votes, years-long public engagement processes, and thousands of pages of environmental documents. We engaged everyone from freight interests to adjacent neighborhoods, led public meetings, distributed environmental documents for public review, developed informational materials and supported an advisory committee process.

By the time the project’s five-story tunneling machine arrived in Seattle, we had given it a name (Bertha, after Seattle’s first woman mayor) and a Twitter voice that quickly amassed thousands of followers. We organized large-scale public events for the kickoff and completion of tunnel boring, garnering media attention both local and international.

After years of challenging construction, traffic is now flowing through the new tunnel and the viaduct is being demolished along the downtown waterfront, setting the stage for the city’s next chapter. Our communications and engagement efforts have led to news coverage from every media outlet in town, captured the attention of a city, and built a legion of online followers eagerly awaiting a brand-new waterfront experience. 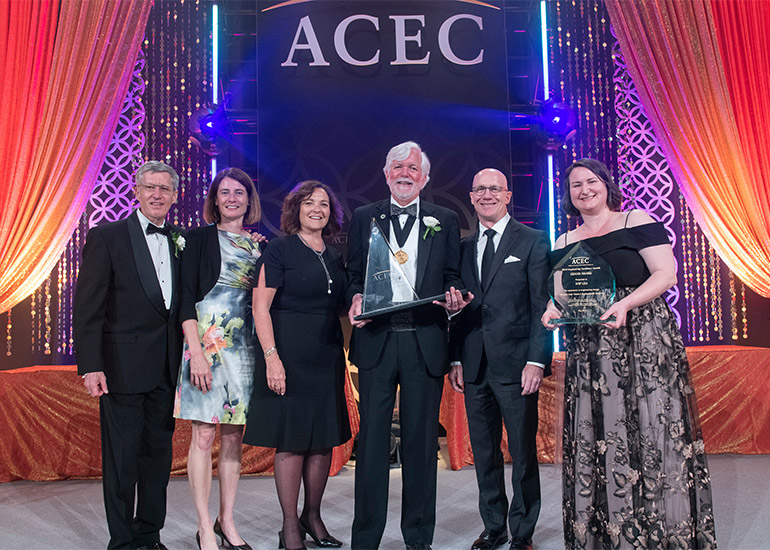 Did you know? This is EnviroIssues’s second Grand Conceptor award, after winning in 2016 for WSDOT’s SR 520 Floating Bridge Replacement and HOV Program with HDR.